CALL US 08 9404 8817 Distribution List We deliver anywhere in Australia and Worldwide!

"Hey guys just wanted to let you know I am still loving my oven. Had a big pizza party last night and although it was raining the whole time - gently - I pumped the pizzas out standing in the rain, drinking my home brew and being kept warm by not just the heat coming out of the oven but also warmed by the sight of those lovely pizzas sitting next to the glowing coals!!!

PS: It was my daughter’s 22nd birthday and all her friends loved the pizzas and of course standing around the oven!" 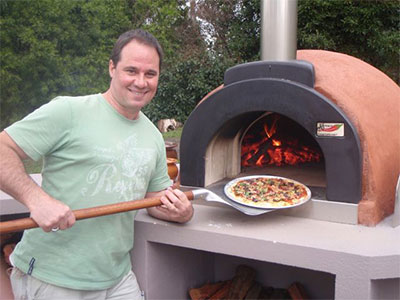 "I am writing to compliment you on the fantastic pizza oven kit your company makes.
I followed the instructions and had no problems whatsoever. I am more than happy with the result.
I have cooked three batches of pizza so far.  It was a bit like Goldilocks - the first attempt was a little too hot, the second not quite hot enough, while the third attempt was perfect.
After just three batches, I am now confident of producing great pizzas every time.
Keep up the good work and congratulations on a product that meets all my expectations." 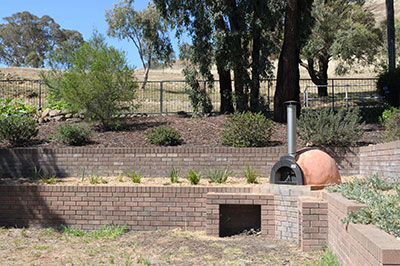 "I would like to compliment you on your customer service and after purchase support. It has been nothing short of fantastic and something you don't often get these days”. 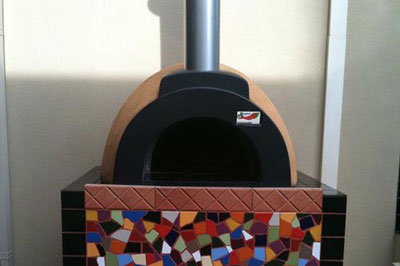 We have been most impressed with the oven.  I have been involved in building 5 ovens, 3 with kits similar to yours, but the Alfresco Courtyard is by far the best.

Your kit is complete down to the last detail.  Others are not - requiring purchasing other bits such as the renders etc.

Thank you.  We now look forward to our first pizza."

Our pizza oven is now complete with mosaics and stone benchtop. I thought you might appreciate some photos and feedback on our oven, so far. We have already had several very successful meals with family and friends and absolutely love it! I am enjoying experimenting and have had no dismal failures as yet - only varying degrees of success and excellence! I still can't wipe the smile from my face! Thanks again for the oven and your advice.  I am happy to have recommended Alfresco to several interested people. 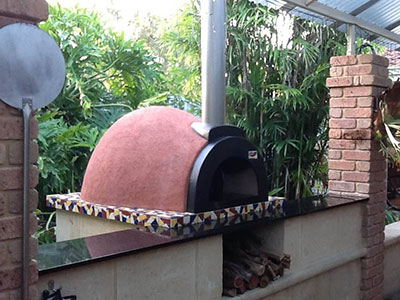 Just thought I would drop you a line or two to thank you albeit belatedly for your service and assistance and above all your excellent pizza oven kit.

In May I purchased a Midi Kit but did not get to meet you as you were off on holidays and I dealt with your two staff members when I arrived to pick up the kit.

Both thoroughly good guys who were only to willing to assist in whatever way possible. I am disappointed that their names escape me at the moment. But you know who they are! I can only say they are a credit to your business!

The kit came together exactly as advertised and with the assistance of your very good instructions. Since that time we have been experimenting with some great results after a couple of tries.

It is very pleasing to have a such a good product that works as advertised. Very well done in my books! 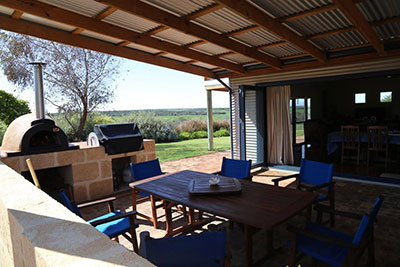 Complete at last! My only complaint is that everybody is enjoying the fruits of my labour and I’m doing all the work, I’ll have to recruit budding chefs from the grandchildren?” 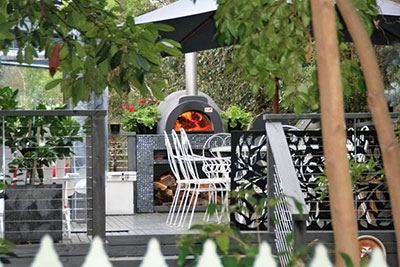 "I purchased your Midi Oven through my builder TT Cummins and Son Builders. They are impressed with the ease of assembling the pizza oven and have advised me that they consider this a quality product and will be recommending this to other clients”. 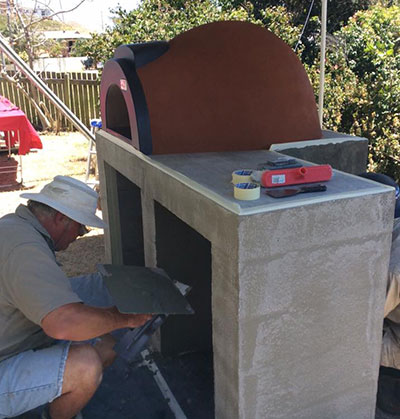 I, like most of your private customers installed a pizza oven for the first time. The nature and durability of a pizza oven suggests people would rarely need to purchase a replacement pizza oven, for domestic use. As a result most of your domestic customers, before purchasing an oven, would be in the same position I was in, weighing up how a pizza oven would provide a good alternative for cooking food, especially on occasion when friends or family get together. Purchasing a pizza oven was a lifestyle choice. In our case the Pizza Oven was to replace a built in BBQ. I found the BBQ was being used infrequently. One problem with the BBQ was that the wind can take away a lot of the heat from the hotplates/grilling surface. A problem a pizza oven does not have.

When grandchildren visit, pizza cooking provides an opportunity for them to be involved in preparing and cooking and making good choices about healthy food.(especially in the context of health and eating disorders increasingly experienced today) Most youngsters like making a fire to cook their food. That process provides a great opportunity for intergenerational chat.

Once I decided to go ahead with the idea of purchasing a pizza oven, the challenge was to decide which one was most suitable. Prior to visiting suppliers, I thought I was up for building one from bricks, over a mound or support. It wasn't until I discovered that modern pizza ovens are built around a refractory dome that I decided that was the way to go. That process made for DIY pizza oven building, a lot simpler.

After trolling several websites I found the information supplied by Sydney Heaters an Pizza Ovens the most relevant to our climate, culture,lifestyle and also the most technically informative to help in making a final decision. For me the clincher in making the final decision, was not on price (there are cheaper ovens) but the quality of the refractory dome. I was sold on the idea that the single refractory dome provides no opportunity for fire cement to fall into cooking pizzas, that a dome cemented together from several sections, an alternative that several competitors offer. I also thought the shape of Alfresco domes would return radiating heat back to the cooking arena better than some of the flatter/wider shaped domes. (I don't know whether my hunch here is backed up by science but my Alfresco oven does work well, as anticipated).

After sourcing most information from a good looking and easy to use website I found Sydney Heaters and Pizza Ovens staff were very helpful in answering a couple of additional questions, by email and phone call.

I constructed our oven on a platform topped with two hebel flooring panels. When it came to DIY installation, three people advised were sufficient. We slid the heaviest part, the dome, out of the trailer, up some planks to the top of platform and used dowel on timber side rails to position the dome over the insulation and fire bricks, finally lowering the dome using a car jack. Very simple, no hire equipment needed. Other components were fitted exactly as the printed instructions said. I posted the several pages of instructions on an adjacent wall so helpers knew where we were going, the pictures that accompanied the detailed instructions were also very useful. The idea of having all the components, including instructions for DIY building the pizza oven in one package, on a palette, made the whole process straight forward. Our Pizza oven turned out as good as your display model. My son in law, who helped me render the oven was also very pleased with his handy work.

When it came to test firing and using the oven, again the instructions available were very useful. After a couple of uses, I inadvertently put more fuel in than was necessary and the temperature rose to over 400 degrees celcius. That caused no cracking or problems with the oven. I find firing takes less fuel than I originally thought, no more than a bucket full of split, seasoned ironbark. On advice I purchased ironbark, rather than use other more readily available timber, as it burns with practically no smoke, and little residue. Our suburban neighbours usually don't know when we fire the oven, so little is the problem with smoke (usually in first 5 minutes when kindling is firing larger pieces of ironbark).

We are enjoying how to get the best value from our woodfired pizza oven. We like thin, crispy bases and have a technique to achieve that, without burning. I look forward to cooking other types of meals in the future.

Jane and I would still like to learn more about getting the best performance from our oven. We will be pleased to attend one of you Saturday evening cooking groups, if that offer is still available?

Thank you for excellent service and a great product!

"We've just smashed out 4 pizzas and a tray of prawns for prawn cocktails, now just enjoying a drink in front of the fire. Love our pizza oven. Thanks guys”. 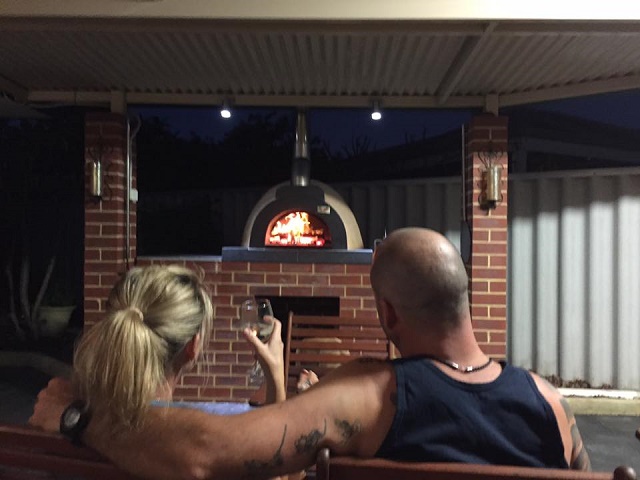 "That pizza oven is the best home purchase I've ever made. Family and friends come around have a beer n throw some pizzas in the oven”. 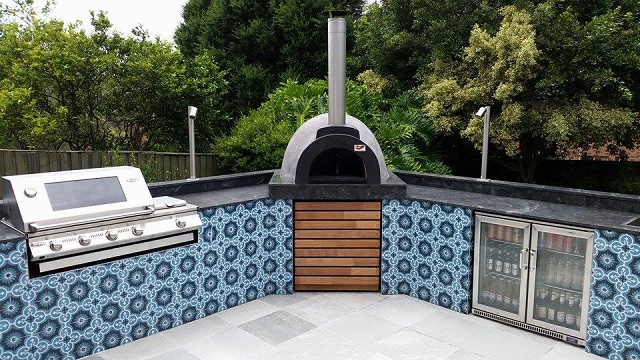 Thought I would send you a photo of our pizza oven. We got a couple of ladies in Two Rocks (thanks Celeste and Rita!) to do the mosaic for us. We love our oven and use it quite a bit for roasts as well as pizza. Regards”. 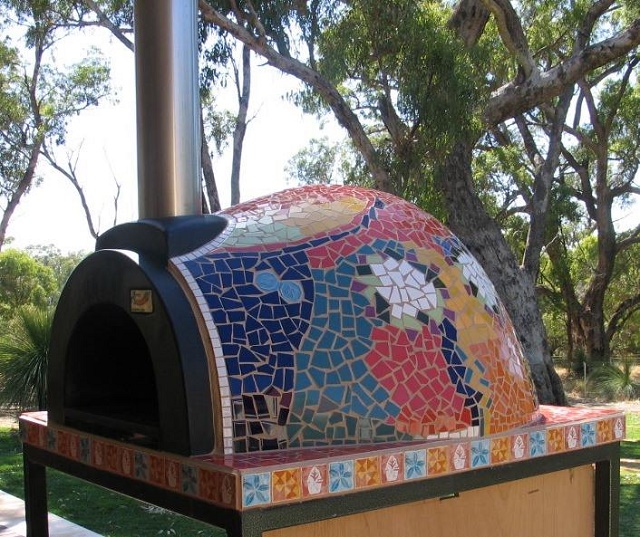 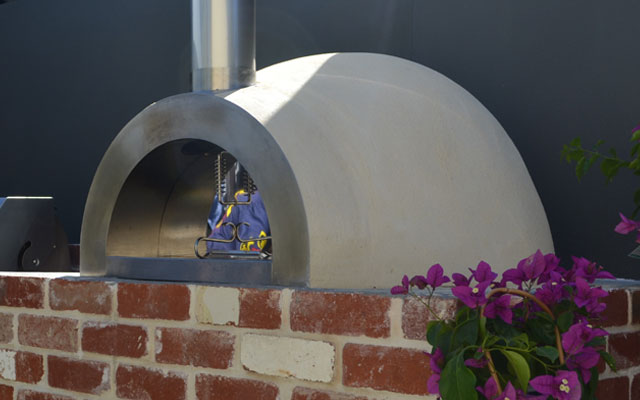 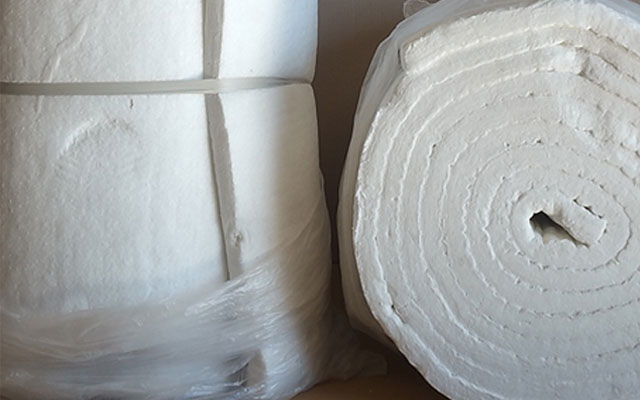 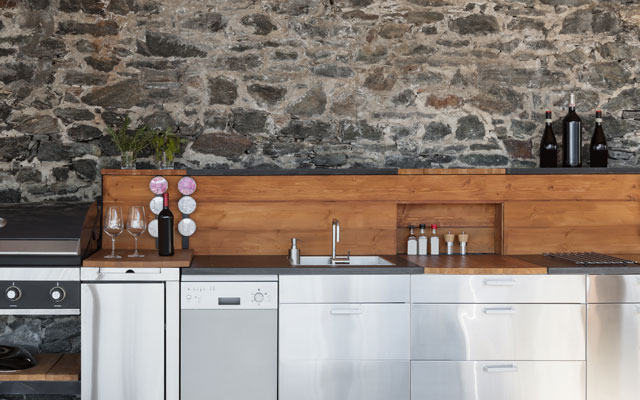